Cookie preferences
This website uses cookies, which are necessary for the technical operation of the website and are always set. Other cookies, which increase the comfort when using this website, are used for direct advertising or to facilitate interaction with other websites and social networks, are only set with your consent.You can find more details about the cookies used in the privacy policy site. Legal information are listed in the legal page.
Configuration
Technically required
These cookies are necessary for the basic functions of the shop.
"Allow all cookies" cookie
"Decline all cookies" cookie
CSRF token
Cookie preferences
Currency change
Customer-specific caching
Individual prices
Selected shop
Session
Comfort functions
These cookies are used to make the shopping experience even more appealing, for example for the recognition of the visitor.
Matches only with "acrisCookie"
Note
Search for packstation/post offce (Bing Maps)
Store Locator
Statistics & Tracking
Affiliate program
Google Tag Manager
Track device being used
Categories 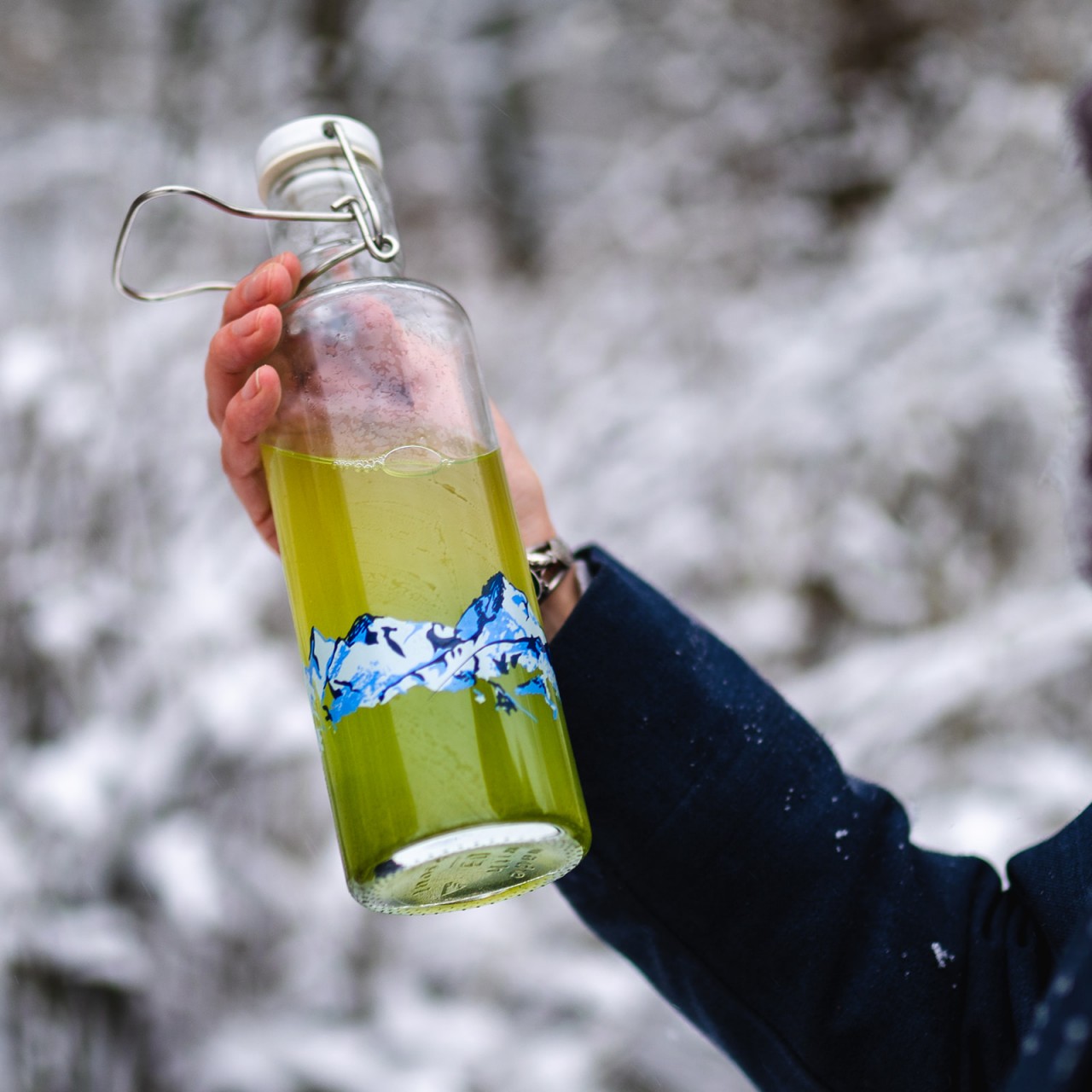 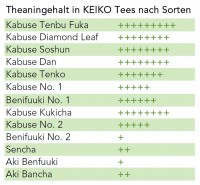 ...because this inconspicuous amino acid turns a simple beverage into a delight, that caresses not only the tongue, but also body mind and soul.

Theanine occurs naturally in the tea plant Camellia Sinensis. As fermentation leads to a depletion of theanine, black tea contains only small amounts of this amino acid, while it remains intact in unfermented green tea. Theanine is not vital to nor canit be produced by the human body itself. However, scientists are discussing a range of positive effects of L-theanine on body and mind. 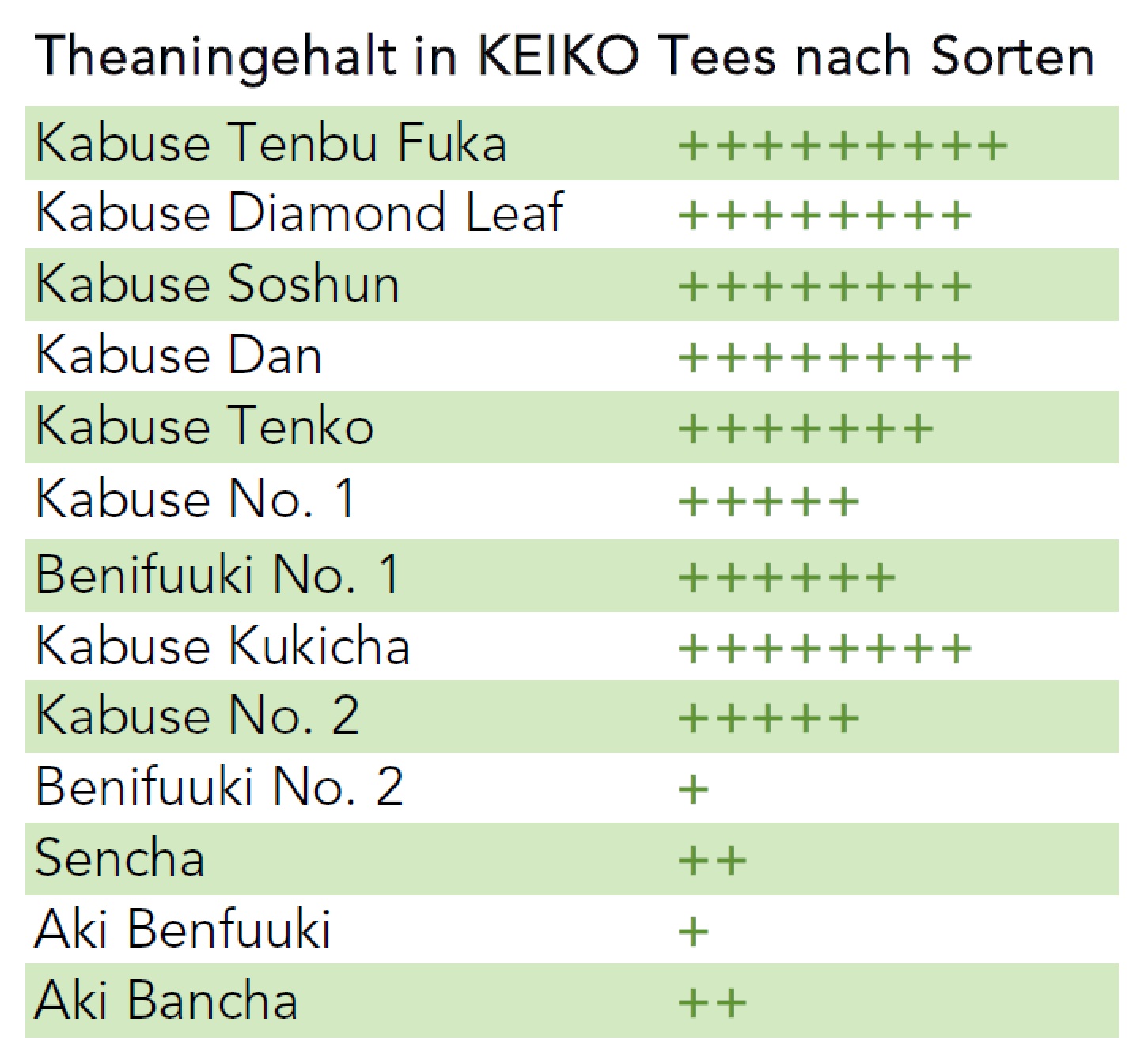 In green tea, the early spring pickings show the highest concentration of L-theanine (natural theanine) and other amino acids. Over the course of the year it decreases and is converted into catechines.

Analyses of several of the KEIKO teas, confirm the exceptionally high content of the early 1st pickings. But also the Kukicha showed a surprisingly high concentration. (see graphic, analysis by Intitute Kurz in 2015.

Along with the type of processing and time of picking, the cultivar is one of the determining factors for the concentration of theanine in tea. According to the analyses by Institute Kurz, Benifuuki No.1 shows a high content of theanine – despite the slight fermentation that is unique to its production process.

The amino acid theanine occurs in two shapes, as D-theanine and L-theanine. The latter is commonly used synonymously with theanine, as it represents the natural theanine. D-theanine is a result of the chemical fabrication of the amino acid and has been less researched due to its much rarer occurrence.

Theanine is best extracted from the leaf in low infusion temperatures - so a mizudashi coldbrew is ideal for that extra dose of theanine!

The taste of theanine

A soft, sweet aroma with little to no bitterness is characteristic to teas with a high theanine content. In combination with the other amino acids contained in green tea L-theanine is also said to be an important contributor to the Umami-taste. The 5th flavor next to sweet, salty, sour and bitter, used to describe a tasty savoriness.

Consumed as tea it is also said to be able to change the way flavors are experienced, reducing the perceived bitterness of products such as chocolate and grapefruit. 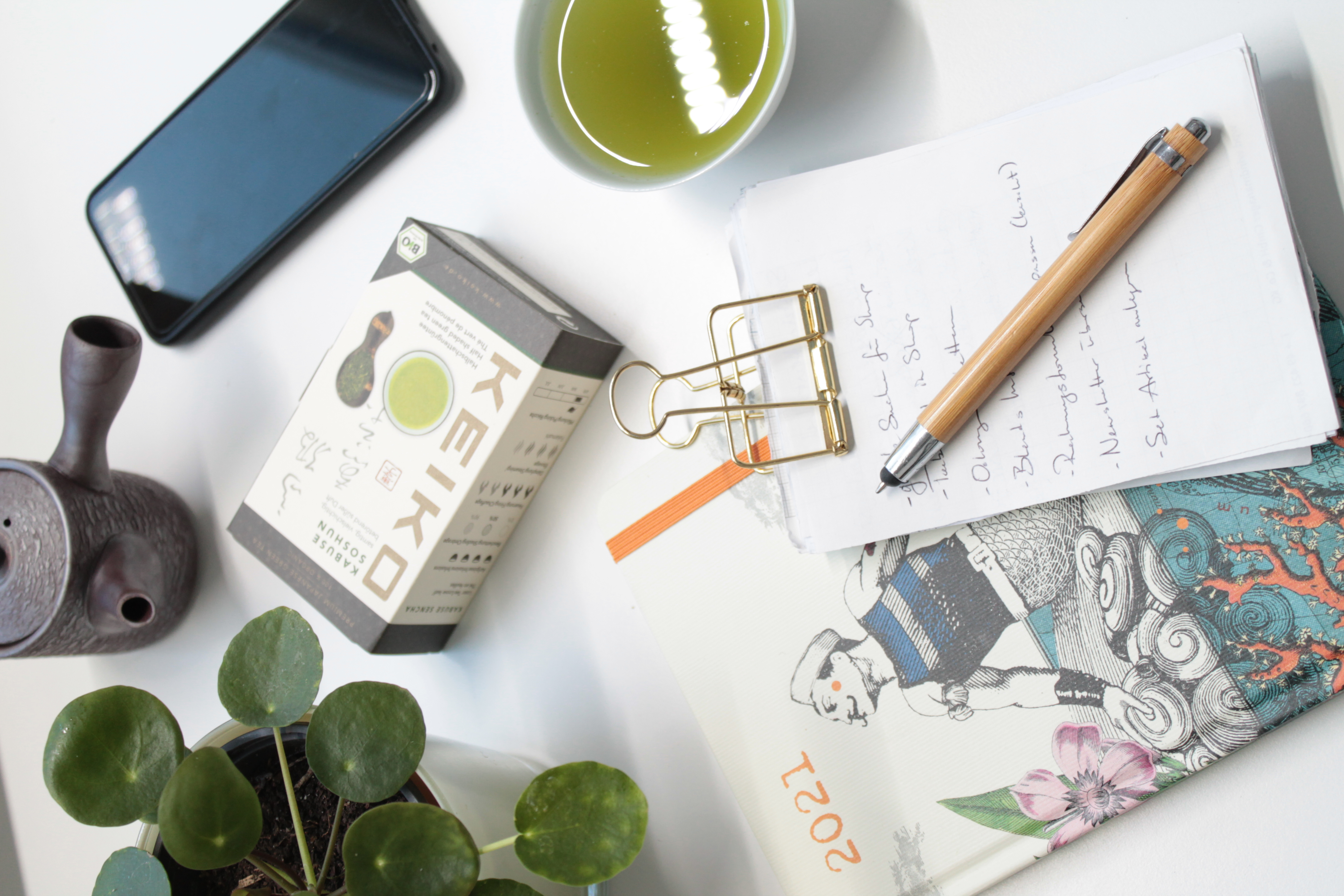 L-theanine can be easily resorbed by the body. Via the blood circulation it is transported to the central nervous system, where it regulates the disposability of neurotransmitters such as GABA, serotonin and dopamine, which regulate emotions, mood, concentration, alertness, sleep as well as appetite, energy and other cognitive abilities.

Serotonin (mostly found in the intestines) and dopamine create similar effects in the body, though they work in different ways. Both are well-known for improving the mood and give energy, but can also help with relaxation and give relief for anxiety.

Studies also showed positive effects on the cardiovascular system as well as antihypertensive properties, which in part are actually exponentiated by the combination with other components of green tea.

GABA (gamma-Aminobutyric acid) is an inhibitory neurotransmitter affecting all brain-functions that navigate emotions. Chinese medicine has made use of GABA as a tranquilizer for centuries. In combination with L-theanine it can lead to a decreased sleep latency and improved NREM sleep.

In combination with caffeine theanine showed positive effects on cognitive abilities and raised alertness and concentration – the effects being stronger, than when consumed separately.

These synergies and interplays of the different properties and components making up green tea make the consumption of the tea all the more attractive when compared to the consumtion of theanine extracts or supplements.

Theanine not only creates the delicate, sweet aroma, which we love so much about green tea, but also lightens the mood, is relaxing and improves sleep while at the same time raising alertness and concentration and even might alleviate anxiety or cardiovascular diseases and lower high blood pressure.

As if just one of these properties wasn’t enough to convince us to join #teamtheanin! 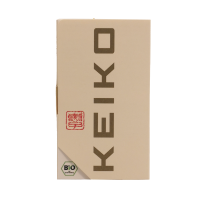 Handpicked Kabusecha from the early 1st harvest. A truly select, lively tea with a fresh sweetness. 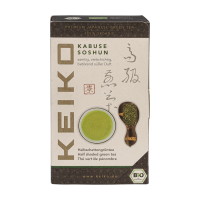 Soshun is a Kabusecha from the early first picking and has a wonderfully complex, velvety... 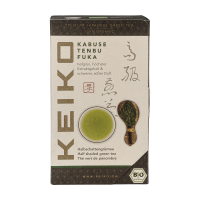 "Fuka" means "deep" and indicates that this Kabusecha is particularly deeply steamed. It has an... 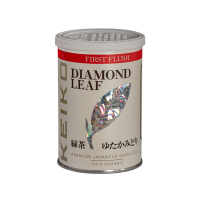 The early picking time of the Diamond Leaf in mid-April gives this excuisite Kabusecha a unique,... 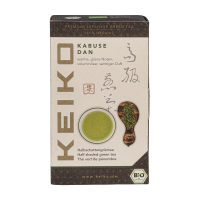 Dan ("warm") is a Kabusecha from the early 1st picking in April. The stronger firing during... 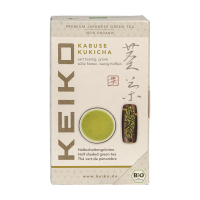 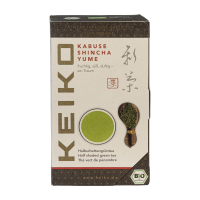 Shincha (the "new tea") is made from the first tender leaves of spring. Shincha Yume is a pure... 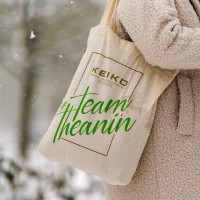 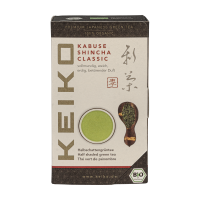 the first harvest of the year - made fom 100% Yutaka Midori 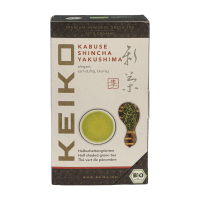 Shincha (the "new tea") is made from the first tender leaves of spring. Shincha Yakushima is...

€18.00 *
See details
Nach oben
This website uses cookies, which are necessary for the technical operation of the website and are always set. Other cookies, which increase the comfort when using this website, are used for direct advertising or to facilitate interaction with other websites and social networks, are only set with your consent.You can find more details about the cookies used in the privacy policy site. Legal information are listed in the legal page.
Decline Accept all Configure